The Pendleton Lions Flagpole Park is located adjacent to the Chamber of Commerce building at 501 South Main Street. The flagpole park contains three flagpoles, the center of which always displays the flag of the United States. 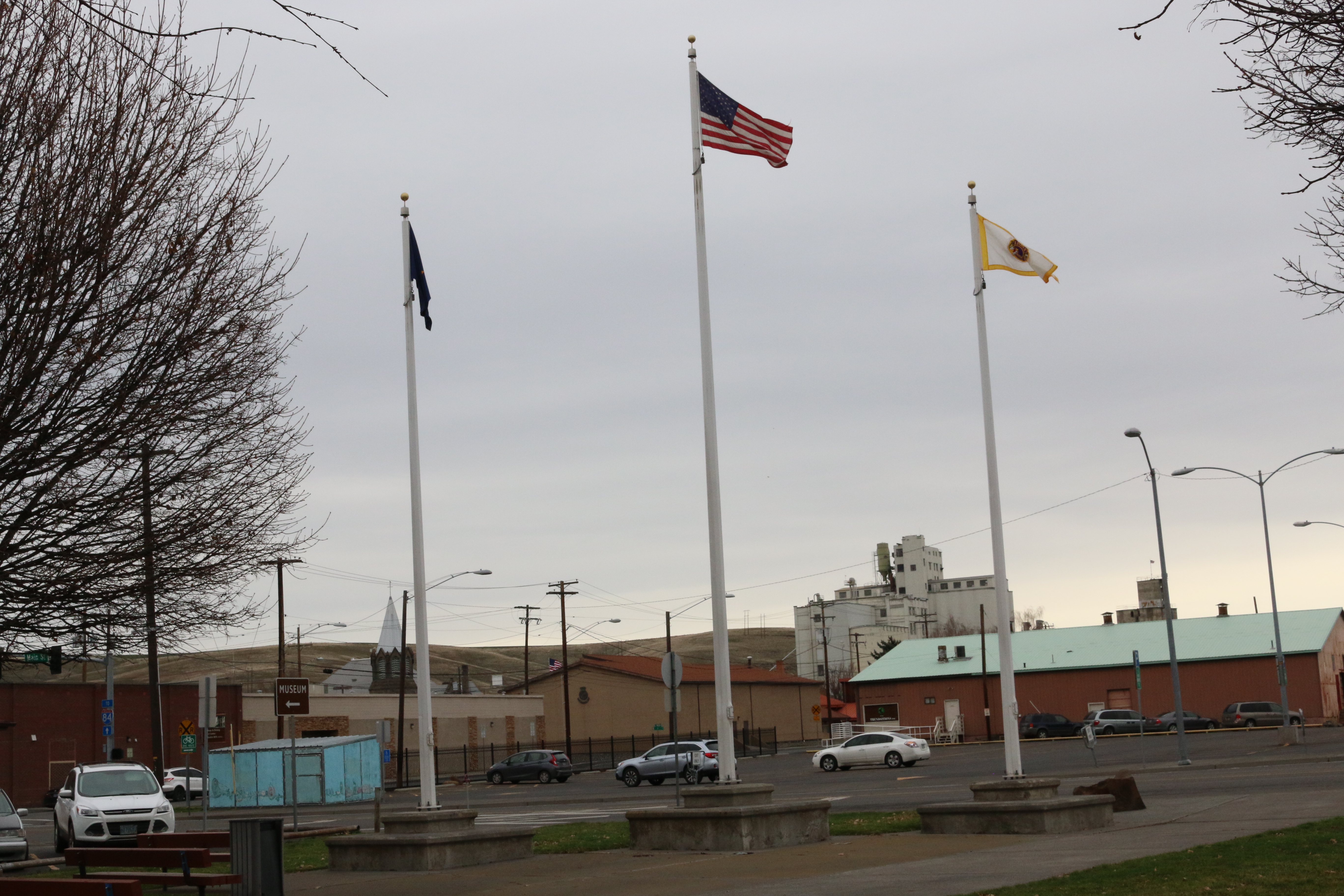 The poles are lighted at night so the flags fly 24/7. The flags on the east and west poles are changed periodically and often commemorate local, national and world events. The flagpoles and their flags are managed and maintained by the Pendleton Lions Club. 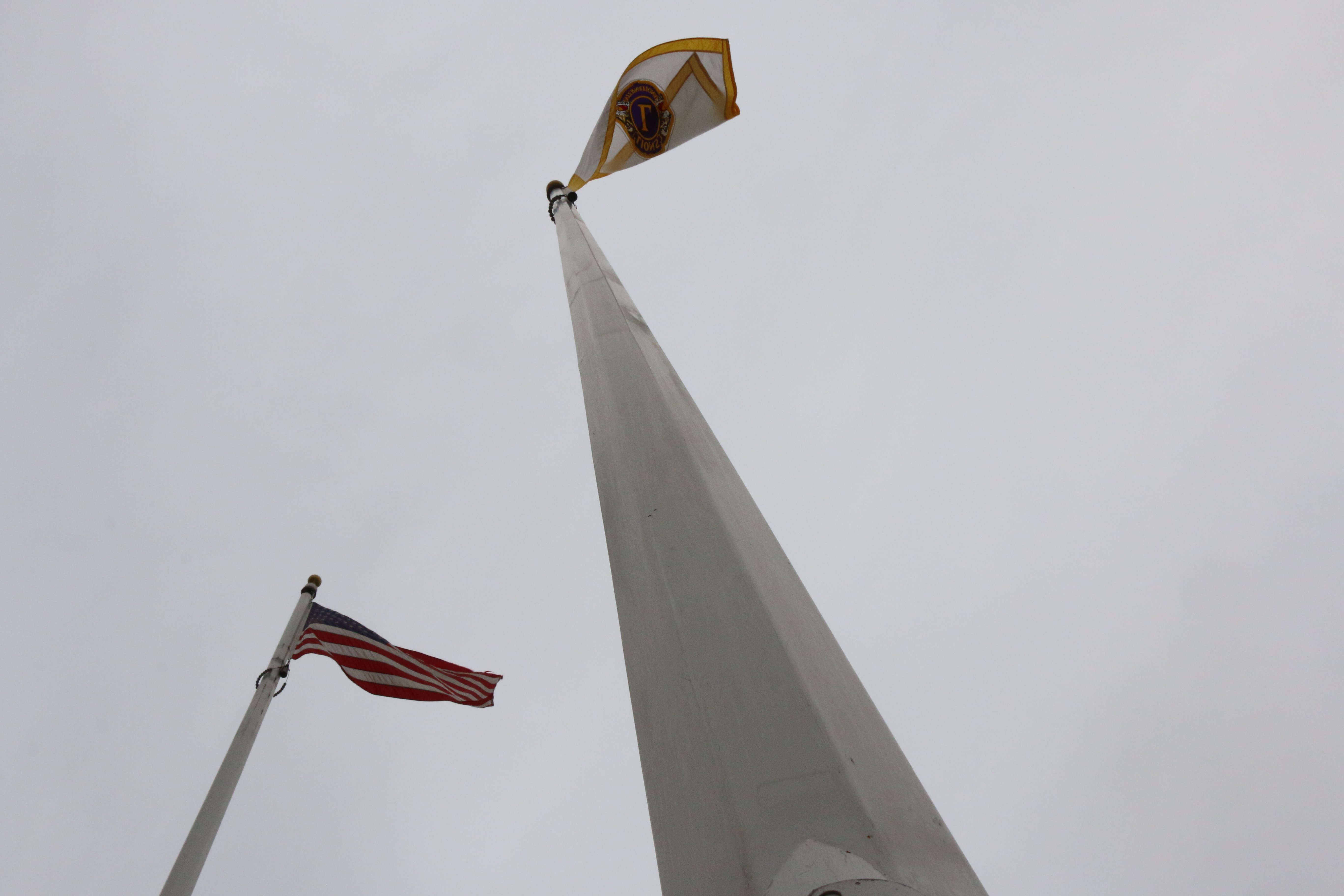 The flagpole park was dedicated on May 26, 1994. At the time it was described as the "project that broke all the rules".  This was because it took the Lions just five months to organize, fund and complete the project.  Pat Dunham, Pendleton's Director of Parks at the time, said "Its amazing that the Lions put this together so smoothly. These things are supposed to take years."

The Lions got over 120 individuals and organizations, including the Pendleton Foundation Trust, to donate funding, materials and labor to the project.  The flagpoles themselves were crafted from old light poles that were removed when Pendleton's Main Street underwent a restoration. 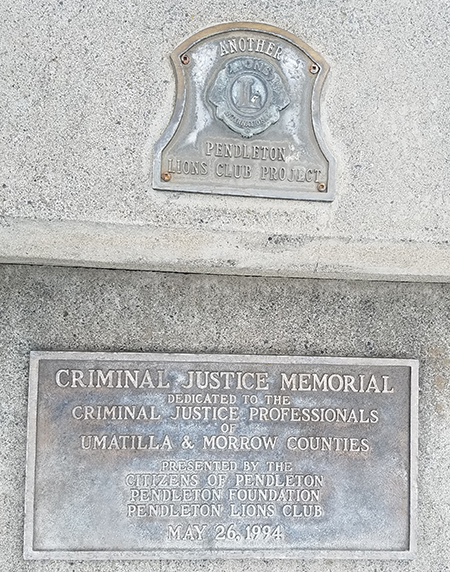 The Lions Flagpole Park was dedicated to "all the law enforcement professionals" who helped make the community a safe place in which to live.  It specifically recognized police, dispatchers, parole and probations officers and correction officers. A bronze plaque at the site memorializes this dedication.

At the start of the dedication ceremony, city county and state police officers stood at attention as a color guard raised the American flag on the center pole. The flag itself had once flown over the Capitol Building in Washington D.C.  Several dignitaries were present at the ceremony, including Oregon State Police Superintendent LeRon Howland.

At the ceremony, Pendleton Lions President Tom Taylor, himself a retired police officer with 32 years of experience, including 17 as commander of the Oregon State Police Office in Pendleton, said "The Pendleton Lions Club first and foremost wants to honor criminal justice professionals - those of you standing here today, and those of you unable to be here".

Circuit Court Judge Robert Abrams, also in attendance, said, "I appreciate what the Lions have done. These law enforcement people are being recognized for what they do for us. There needs to be more recognition." 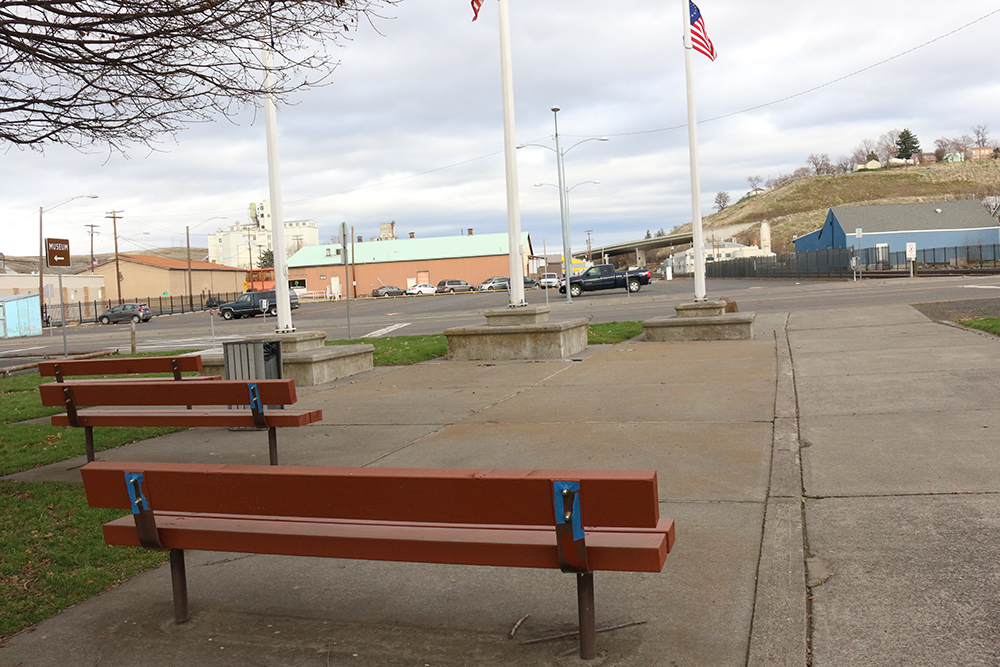 The Pendleton Lions invite all who find themselves near the Chamber of Commerce to sit down on one of the benches at the flagpole park that were originally envisioned as a place "where shoppers rest while in downtown", and contemplate the meaning of the American Flag, and the sacrifice and courage of all those who risk their lives on a daily basis to keep our community and nation safe.

Clickhereto see what flags are currently flying at the flagpole park!