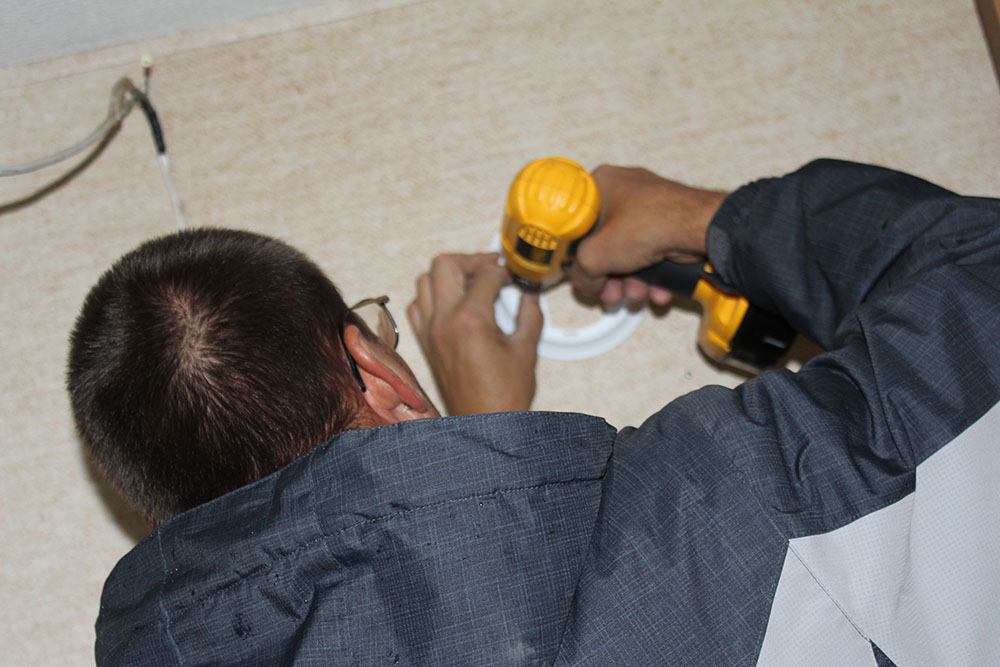 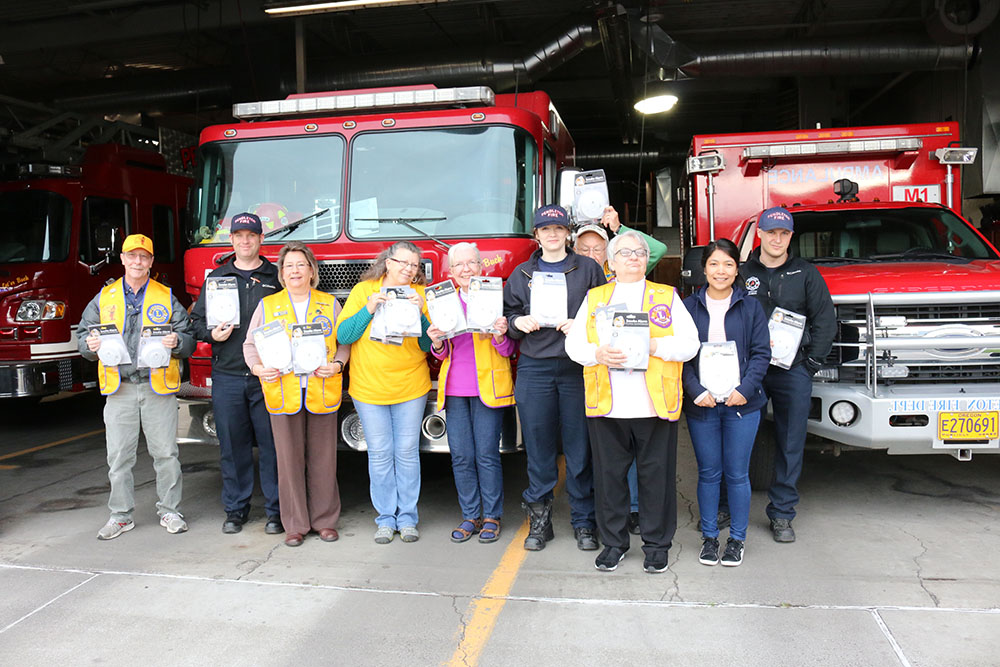 In 2016 Pendleton Fire Chief Mike Ciraulo visited the Lions Club at a noon meeting to provide an update on a number of issues facing the fire department.

In the course of that discussion Chief Ciraulo emphasized that  having working smoke alarms in the proper locations within a home can make the difference between surviving a residential fire and perishing. He described the Fire Marshall's smoke alarm program and suggested that a partnership between the Lions and his fire department could result in a very effective program. Chief Ciraulo was passionate about this program because once implemented it will save lives. 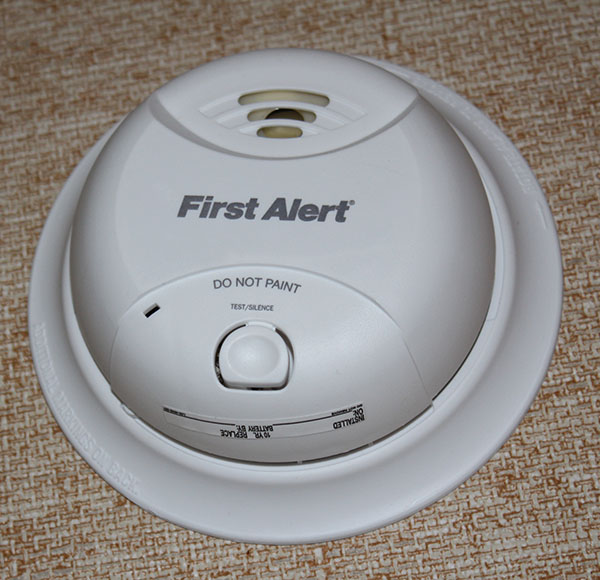 Chief Ciraulo did not have to ask the Lions twice. The Lions immediately embraced this program as an official Pendleton Lion supported activity. The highest concern was for manufactured homes without working smoke alarms. Manufactured homes can be extremely vulnerable to rapid fire spread. The first installation event occurred in 2016 in the Riverside Avenue area. Volunteers from the Pendleton Lions teamed up with members of the fire department and went door to door with smoke alarms provided by the Lions. Most residents were happy to have alarms installed and were very grateful. One installation was done at a residence in which a fire had occurred the previous week.

Luckily the fire had been contained to one area with most of the damage being from smoke. The home had no working smoke alarms. The resident was home cleaning up from the fire and was excited to get working smoke alarms installed in her house at the appropriate locations. 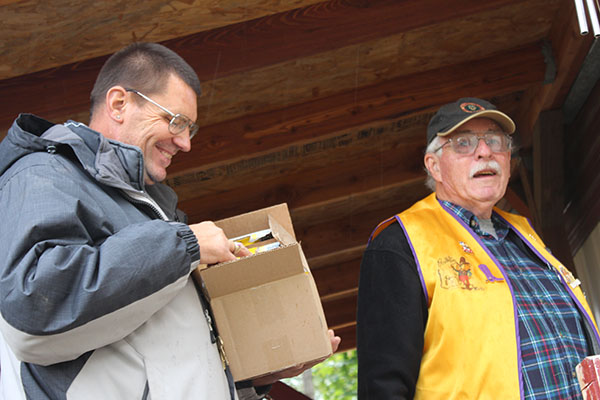 Since that time additional smoke alarms have been purchased by the Lions with more anticipated from the State Fire Marshall's Office.  The Lions look forward to many more installation events continuing in those areas of Pendleton most vulnerable to catastrophic fires.

In 2018 the Pendleton Lions Club was awarded the prestigious "Silver Sparky" by the State Fire Marshall's Office for their participation in the smoke alarm program and their joint goal with Pendleton Fire of ensuring proper smoke alarm systems in every Pendleton home. 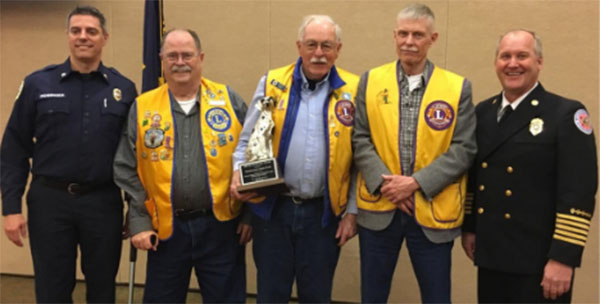 Receiving the Silver Sparky in Bend, Oregon on March 22, 2018